Enthusiast coaster & amusement park chatter about whatever. If it's not about coasters & parks, it'll go to the garbage file. Keep it on-topic and flame-retardant, please.

As we all know, there are plenty of rollercoasters named after Batman and Superman, and one after Incredible Hulk. I think the Batman/ Superman them is kinda played. It would be cool to see some other heroes with coasters named after them. What superhero would you like to see a coaster named after?

I think it would be cool to see a Wonder Woman coaster. I don't care what anyone says, I think Wonder Woman is cool.
I would also like to see a launched coaster of some sort called 'The Flash'.
My sad coaster count. 42 (28 Steel , 14 Wood)
http://www.coastercounter.com/scoobywoof83 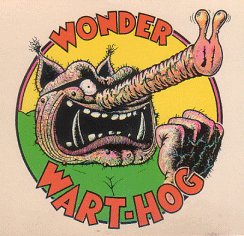 Aquaman! He was the awesomest Superfriend. The Wonder Twins would be a cool theme for a pair of small beginner coasters.

(I know, I'm into the lame characters. I'm such a girl.)
Top

There should be more rides dedicated to Catwoman.

HEHEHE Silly boys! But I like Catwoman, so I agree. I am a huge Justice League fan so I would love to see Wonder Woman, Green Latern and Flash coasters, I also love Green Arrow. My hubby and I are huge comic geeks.
But no Marvel superheroes at Six Flags. That would be very very wrong indeed. I hate seeing Disney stuff at Six Flags gift shops these days. Sickness! Love Disney but not at Six Flags. I would most love to see a Darth Vader theme coaster!
Top
Post Reply
6 posts • Page 1 of 1

Users browsing this forum: No registered users and 3 guests