So I went with a group from school yesterday to Holiday World. I was so excited for my first trip of the year. We headed out of our good ole MHS parking lot around 7:10 am on our 2:45 trip to Santa Claus, IN, and of course we were all bouncing off the walls. We arrived shortly after 10 am, and walked over from the Legend Lot as that is the only lot where they allow buses to park. When we walked in front of the entrance my heart almost fell out my butt when the sign that read the following attractions will not be open today.....The Voyage. Then suddenly a light from Heaven shined upon the park and "will open late" was added to the sign. It was such a sign of relief. I guess Voyage had been having some sort of problem. Since we couldn't make Voyage our first ride of the day me and some friends headed over to Frightful Falls to see how cold the water was. When we stepped in our log chills ran from our feet all the way up our bodies. It was freezing, luckily the water warmed throughout the day. After that we walked around and someone wanted to ride Paul Revere's Midnight Ride, so we got in line and waited about 25 mins. Then we went to Raging Rapids and got nice and soaked. While we were going up the ramp towards the station I noticed that there was a test train making it's way up Voyage's lift. So as soon as we leaped out of our boat we sprinted to the Voyage. There was an enourmous line of people packed outside of Voyage's station. Within 25 mins we were on board for our Voyage to the new world. The Voyage was running insane!!!! I think it was running faster than last year, and I got soooooo much air on every hill. After riding Raven and The Legend I could tell that the retracking they have had on them has done good. They were both fairly smooth, and were running almost as insanely as the Voyage. I almost think that Raven seemed faster than The Legend. Then we rode the new Bakuli. It was freezing cold, but the drop into the bowl was so much fun, and I think it almost beats out the Zinga. Later in the day around 4 or 5 I got tons of pictures of me on the Voyage by coaster enthusiasts during there walkback. Hundreds of enthusiasts lined the sides flashing their cameras as we flew by. It was a cool experience.

It was a fun day, and I am excited that I am going back with some friends on the 10th of June. Hope everyone else that went for Holiwood Nights had a great time. Hopefully I will see some of you there during the summer.

You probably showed up in some of my pictures. :)

So sorry about Voyage being down. Will Koch said we wore her out Friday night..LOL! She was haulin' butt this weekend though. It was insane!!!! 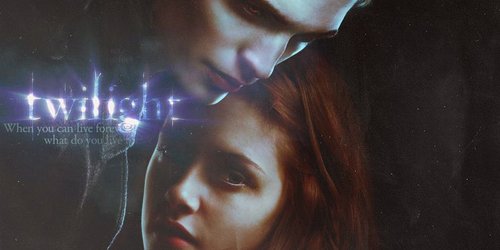 Yes, Voyage was amazing. I think Raging Rapids was alot better this year too. I got wetter on it this year than I have in a long time.

And I would like to see some of those pictures!! I would really love a picture of myself coming down the first drop

If you would please send them to 618.scene.joshE.x08@gmail.com. [I promise I won't steal them and post them anywhere.]
Top

Looks like the Legend can't miss too a lot since it's ever topped in big woodies' category as the world's best woodie out.

But it's still up and doing really zippy.
Top
Post Reply
4 posts • Page 1 of 1

Users browsing this forum: No registered users and 2 guests